We miss our friends and honor their work and legacy.  Each made a difference and contribution to the loving art of beekeeping.  If you would like to add the name of a departed beekeeper, or if you know the information to complete or correct the entries below, please send an email to ribeekeeper@ribeekeeper.org, or mail to PO Box 1055, Bristol, RI 02809, with their full name, town, and year of passing.  They did not have to be a member of RIBA, just a beekeeper.

Allen, George – Portsmouth, RI – 2018 – George Smith Allen, Capt. (Ret) Portsmouth – Allen, George Smith, Capt (Ret), 83, of Portsmouth, RI, took in the brow on his final voyage on November 6, 2018. He was born in Syracuse, NY on May 27, 1935. He is survived by his wife Sandra Lee (Roberts) Allen and their 3 daughters, Elizabeth Ann Allen and her daughters, Ashley Bachand and Brittany Bachand; Susan Lynn Newton (Jeffrey) and her sons, Jason Murach, Joseph Murach and daughter Susan Murach; Leslie Roberts Prewitt and her daughters Candise Lebsock (Tim) and Charlotte Prewitt. He was the brother of the late Charlotte Nona Best.George graduated from Colgate in 1957 with a BA degree in Botany. He was commissioned that same year at the Navy’s Officer Candidate School, Newport, RI. While in the Navy he attended both Command and Staff course and the Senior Course, where he also achieved a MS in Management, at the Naval War College in Newport, RI.
George spent 30 rewarding years in the service of his country. At sea he served in the USS Charles S. Sperry (DD697), USS Vigor (MSO473) and USS Bronstein (FF1037), commanded USS McCloy (FF 1038), USS MacDonough (DDG 39), Destroyer Squadron 32 and Naval Service Group 4. Shore tours included 2 tours in the Bureau of Naval Personnel, one tour in the Pentagon, director, Surface Warfare Officers School, (Division Officers Course) and as an instructor at the Naval War College. His awards include the Legion of Merit with two stars, Meritorious Service medal and Navy Commendation medal.
Following retirement in 1987, he was employed as a Weapons Systems Curricula Management Advisor at the Surface Warfare Officers School. From 1992 to 2004 he was employed as a ship handling instructor at Marine Safety International, Middletown, RI.
George was an avid fisherman. He was committed to conserving fisheries resources and served 16 years on the Rhode Island Fisheries Council. He was a member of the Newport County Saltwater Fishing Club and the Rhode Island Salt Water Anglers Association (RISA). Among his other hobbies, he built a number of beautiful rowing skiffs, and was a beekeeper.

Arena, Shelly (Cote) – North Scituate, RI – 2015 – Shelly (Cote) Arena, 56, passed away peacefully at home surrounded by her loving family Thursday August 13, 2015. She was the beloved wife of Frank J. Arena. Born in Warwick, she was the loving daughter of Valere “Bill” and Bermina (Vaz) Cote of Ft. Myers Beach, FL. She was a resident of North Scituate for the past 30 years. Shelly worked in the travel industry since the age of 18, for over 20 years she worked for AAA and retired in 2007 as the Director of Operational Services and Travel. She was a Certified Amrit Yoga Teacher, a member of Santosha Yoga Studio in Cranston and taught yoga to cancer survivors at R.I. Hospital. She was a backyard beekeeper and a member of the R.I. Beekeepers Association.
Besides her husband and parents, she was the devoted mother of Brittany L. Arena of N. Scituate; sister of James D. Cote and his wife Doreen of Virginia Beach, VA; sister in-law of Stephen Arena and Carolyn Spagnole and her husband Ronald. She is also survived by 3 nieces.

John loved to learn. He was a graduate of Bishop Hendricken High School, Wentworth Institute of Technology, the University of Rhode Island, and the Brown University Certificate Program in Business Management. Ever curious, with an appreciation for the smallest details of life, he was always thinking, questioning, and figuring out the best way to do something. A generous and loyal friend and an accomplished cook, he was happiest preparing feasts and gathering those he loved around his table. He was a man of diverse interests and endless projects, a beekeeper, an antique car and motorcycle enthusiast and collector, and who loved foraging for mushrooms and feeding his farm animals each day with his daughter Lucia.

Hopkins, Kathy A. – Harrisville – 2016 – Born in Woonsocket, September 6, 1955 she was the daughter Mabel A. (Wheeler) Hopkins and the late Frank L. Hopkins. Kathy grew up in Harrisville and graduated from Burrillville High. She attended the First Universalist church and taught Sunday School and was lay preacher for a number of years. She taught Yoga and did massage therapy and was a CNA.Her husband, David L. Briere passed away January 9, 2016. She is survived by 3 sons Jeffrey, Daniel, and Timothy Briere of Scituate. She is also survived by brothers Frank L. Hopkins of Harrisville and Kenneth C. Hopkins and wife Robin of Mapleville and sister Betty Mencucci, and husband Carlo of Glendale and many nieces and nephews.

Joslin, Donald F., Sr. – Hopkinton, RI – 2017  Don was the President of the Association from December 2015 through December 2016. In part under his stewardship, the Association received and managed a federal grant that still finances an ongoing research project bringing new queens, free of charge, to Rhode Island beekeepers every year. He also presided over executive board meetings and over general meetings, and was the officer in charge of virtually everything the Association did at the Washington County Fair.  He and his wife Lori logged many hours and miles helping new beekeepers with the questions and problems that plague us all. His contributions to beekeeping were significant and the Association mourns his loss.

Merrill, Carlton H. – Providence, RI – 2020 He proudly served his country in the U.S. Navy during WWII. Mr. Merrill was a salesman for Atlantic Oil and then an educator and Principal in the Cranston and Warwick School systems for 30 years before retiring in 1983. He was a lifelong Scituate resident and a past Chairman of the Scituate School Committee. He was one of the founders of the Scituate Art Festival, a member of the American Heart Assoc and the RI Beekeepers Assoc. He was an early supporter of the URI Extension Master Gardner Program, was a very active member of Trinity Episcopal Church and a member of the church Vestry.

Nolin, Cheryl-Ann – West Greenwich 2017 – NOLIN, Cheryl-Ann (Colwell), 58, of Seminole Trail, passed away unexpectedly at Kent Hospital on Wednesday, March 15, 2017.  She was the beloved wife of over 11 years to Michael P. Nolin.

Born in Warwick, she was a daughter of the late Clifford J. and Patricia Ann (Francis) Colwell.

A loving wife, mother, grandmother, sister, aunt and free spirited woman, Cherie was a customer service representative at Bank of America for the past 11 years.  She loved horses, dancing, gardening and attending music festivals.

Smith, Thomas (Tom) – North Providence, RI – 2016 – 74, of North Providence, died November 22, 2016 at the VA Medical Center. He was the husband of Alice (Roberts) Smith. Born in Providence, he was the son of the late Quentin and Viola (Lincovitch) Smith.
Thomas was a carpenter for the Local 94 before retiring. He was a beekeeper, belonging to the RI Beekeepers Association. He also enjoyed hunting, vacations and cruises, and summering in Vermont.
Besides his wife, he is survived by two sons, Stephen LaSalandra of Smithfield and Thomas Q. Smith, Jr. of North Providence, two grandchildren, Ashley and Matthew LaSalandra, and his sister, Mildred Connell and her husband Jack of Texas.

Stolle, Karl – Riverside, RI – 66, of Carousel Drive, Riverside, died peacefully on August 8, 2013 surrounded by his loving family.
Born in Providence, a son of the late Karl J. and Augusta (Kayatta) Stolle Sr., he lived in Riverside for 45 years.Mr. Stolle was a truck driver for Teamsters Local #251 for many years. He was a United States Navy Veteran serving during Vietnam where he was a recipient of the Purple Heart.
Karl was a member of the Riverside American Legion Post #10, the East Providence V.F.W. and the Rhode Island Bee Keepers Association.
He is survived by two daughters; Patricia A. Stolle of Cumberland and Pamela J. Stolle of Boynton Beach, FL, a brother; Paul Stolle of Providence and a companion; Ann F. Charette of Riverside. He was the former husband of Deborah A. Stolle of Rumford.

Ziegler, Dr. Edward H., Jr.– Providence, RI – 2017 – “DOC” 99, passed away on Monday, July 10 at home. He was the husband of the late Doris (Gedney) Ziegler.
During WWll, he married Doris while proudly serving as a Naval Officer in the Dental Corp. After opening his practice in Providence, they enjoyed many adventures during their 57 years together. His interests were wide, from sports to flying, scuba diving, camping and creating stained glass pieces. As a renowned bee keeper, he dedicated the last 40 years helping so many in pain.
He is survived by two children, son Edward H. Ziegler III, his wife Irene Ziegler of Providence, Rhode Island, daughter Pamela Ziegler Sawyer, and her husband Eric Sawyer of Bolton, Connecticut, six grandchildren, Gretchen Newsome, her husband Scott, Edward Ziegler IV, his wife Molly, Earl Ziegler and Kathryn Ziegler, Elizabeth Krueger, her husband Sean, Maggie Sawyer, six great-grandchildren, Ryan Newsome, Jacob Newsome, Julianna Ziegler, William Ziegler, Jackson Krueger and Maxwell Krueger, a niece and nephew, and his dear friend Claire Pournaras. He is predeceased by his son Marc, and sisters Virgina Ziegler Toelken and Faith Ziegler.

“Sometimes you will never know the value of a moment until it becomes a memory.”  -Theodore Seuss Geisel (Dr. Seuss) 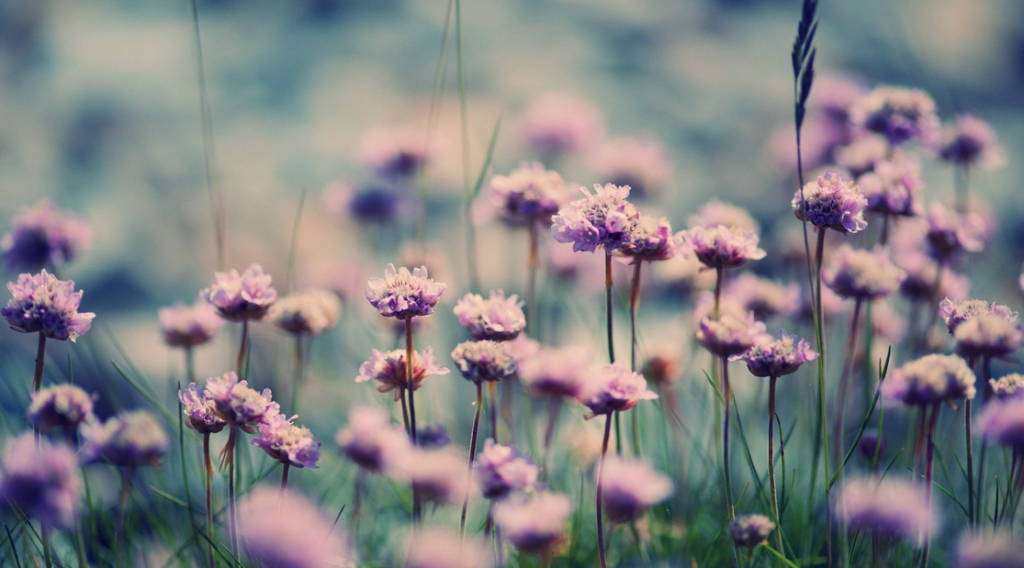